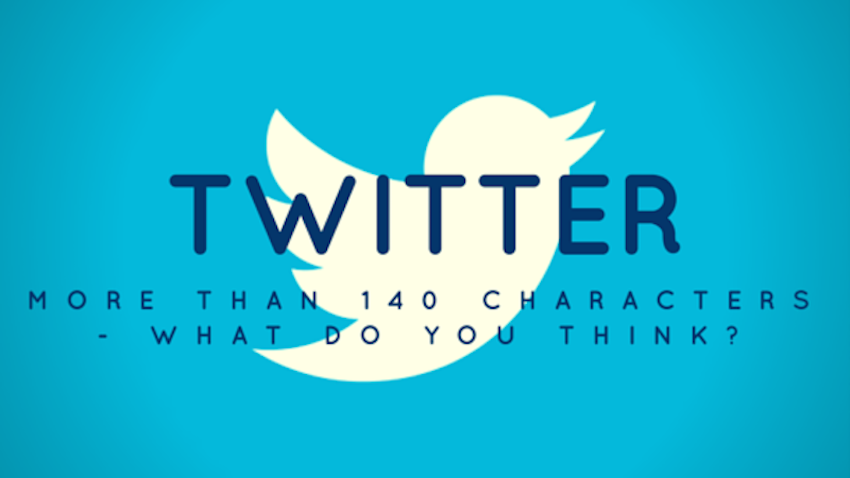 Could it be that the days of the 140 character tweet are numbered? Twitter CEO Jack Dorsey has responded to rumours of a character increase with a note suggesting that it is the right move for the social network to take in the future, but it will not distract from the brief nature of Twitter.

He has noticed the rise in images and screenshots depicting words that would have been limited by 140 characters, so a rise to 10,000 could well be on the cards to increase the use of the platform for conversation and search.

Dorsey hasn’t confirmed the move, and it’s clear from his message that if any changes were to take place, they would be sensitively approached. Contrary to some views, the look and feel of the social network will not change, and as Dorsey says himself, many will still use Twitter in the same way they always have. 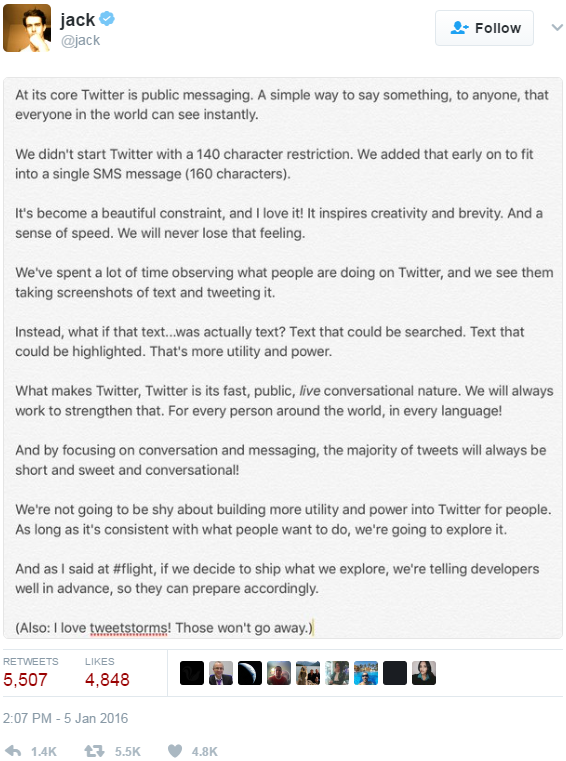 It could be great news for marketers who want to encourage clicks through to their websites or for publishing news and reviews. It would even be great for SEO purposes – after all, you can’t text search a screenshot.

What do you think? As long as the interface stays the same and previews 140 characters, would you welcome a 10,000 character platform?